Have you ever thought of becoming a bodyguard? Or is it your childhood dream to become a patrolling guard?

I believe that if there is a choice, each of us will be ashamed of this job and willing to choose another career because in our country, this job is super tiring and demands long working hours. The missions are often dangerous too! But if you ask this question to a small group of people in Kratie province, they will not hesitate to take this job at all. Why?

Who are the warriors?
Actually, they are the “River Guard officers”. We might have heard of door guards or even temple guards, but now there are river guards? Are they even similar?

River guard officers are on duty to patrol each protected area, check for illegal activities on those natural resources, and help educate villagers to better understand their role in protecting natural resources as well as understanding government law enforcement.

There are three types of guards: Fisheries Administration officers, Police or armed forces, and the river guard officers of the local community, where the three groups work together to monitor and cooperate in a very active manner. Their mission is to go down in groups of three and patrol at least 20 to 22 days a month. Out of those 20 to 22 days, there must be 10 days when the head of the guard himself comes to inspect and lead the patrol to control his guard to avoid any negligence behind the back or to prevent any breakthrough. What is even more admirable is that, they have to patrol by the boat for at least five hours a day which have an average distance of 13 to 30 kilometers, even if no mishap occurs.

If we don’t even care, who would?
Kratie Province is one of the most famous provinces rich in all kinds of natural resources, such as: fertile land, birds, Mekong River, fish, flooded forest species, Irrawaddy Dolphins, etc. Tourists are attracted from all over the world to many amazing destinations in the province, such as the Mekong-Kampi River resort and boat trips to see the world’s rare freshwater Irrawaddy Dolphins in the dry season. I remember when I first went to Kratie to meet with the community, they told me that in the past, Kratie used to have many Irrawaddy Dolphins! There used to be thousands of dolphins that people could hunt them for entertainment. What a pride to hear that! We have many Irrawaddy Dolphins to the point that, tourism is considered the economic backbone of this province for further development and supporting people.

But for a while now, the Kampi area has been frequently invaded and is very vulnerable due to the increase in illegal fishing with illegal equipment. That is why river guard officers began to appear, with a total of 11 checkpoints stationed in Kratie. In order to patrol and monitor for any problems and to crack down on all illegal activities in a timely manner, each channel is placed near the Irrawaddy Dolphin habitat point.

Not only that, according to an Uncle who is a river guard officer in Kratie province, he himself showed his sincerity and willingness to serve in this work:

“In the past, I am too scared to go on a boat because there were so many of the Irrawaddy Dolphin, and nowadays, there are less, Hence, I really want to help protect natural resources in Kratie province. I made a living out of making handmade gifts depicting Irrawaddy Dolphins, fish and sell their pictures. They are a critically endangered species now. If I don’t protect them, my living would not be as good either. I am just a simple civilian, and I have joined as a river guard officers for two years now. This was because I found that the government really needed human resources to protect those resources. Now that I have time, I join to help preserve those critically-endangered Irrawaddy Dolphins.”

Things to know about the working area of river guard officers
What is interesting for me is that, the Kampi area is clearly divided into two areas: the core area and the buffer area. The core area is a no-go area for fishing or arbitrary encroachment, because when the water level rises (this area is only during the rainy season), fish and Irrawaddy Dolphins do not only settle in the Kampi. They need the freedom to move around in the open area. The buffer zone is a place where villagers can go fishing, but must comply with some government conditions, including:
–  Family fishing
– Cannot leave their fishing equipment unattended
–  Responsible fishing, and be cautious of the endangered natural resources
–  If there is any unattended equipment, the river guard officers will confiscate them immediately.

Difficult-To-Overcome Challenges
In general, any job always faces endless problems, either physical labor or intelligence usage. Not much different from, the work of the river guard officers often faces the same challenges, including:
– During the rainy season, which is the high-water season, the number of illegal fishing cases remains. Some of them still sneak into the core area in spite of the strict rules and patrols due to their livelihood, knowledge, and stubbornness, such illegal activities often destroy fish and Irrawaddy Dolphin habitats. The river guard officers could barely catch up with them!
– What we in the city did not expect was that some illegal fishermen, when they saw the boat of the river guard officers, they cooperated very well by driving away full-force. For example: Just like if you are a seller at the New Market since 2005, you are very familiar with the entrance and exits of the markets as well as other shops located there. The same goes for the illegal fishermen. Even though the Kampi area has many small water streams, illegal fishermen can still drive their boats skillfully, even more, impressive than the river guard officers. Sometimes, they have to chase each other down just like in Hollywood movies. The guards could face severe dangers as their boat could sink or there might be an accident with the perpetrator’s boats too. It could get as bad as endangering their life.
– The river guard officers have to spend long hours (5 hours) in the sun, in the rain, on their boats, risking their lives if the weather is unfavorable with heavy rainstorms, extreme heat, or flooding.
– Lack of funds to spend on transportation, especially fuel for boats. The same uncle told us, “The community does not have enough money, so we have to spend our own money. I have been spending my own money for almost two years now”.
– There is a lack of human resources to do this job because a large number of people do not consider this conservation work as a choice for a future career.
– There is no encouragement from family when they work as guards because they have to face countless accidents while working and sometimes the river guard officers have to spare some money from supporting the family, to supply the patrolling. When I first found out, I felt nothing but great sympathy for them and just wrote this article to share it with you, as well as to encourage the river guard off to keep up with this amazing work for all of us Cambodians.


When there is a will, there is a way.
Their efforts and some of the participating organizations have not been in vain. It has led to admirable results. Today, the number of dolphins has risen to 89 by 2020, which considered as stable according to the estimated total number of Mekong Irrawaddy dolphins between 1997 and 2020 done by the World Wildlife Fund (WWF). Therefore, I hope that all of you, after reading this article, will be encouraged to take care of our local natural resources so that none of it will be endangered anymore. 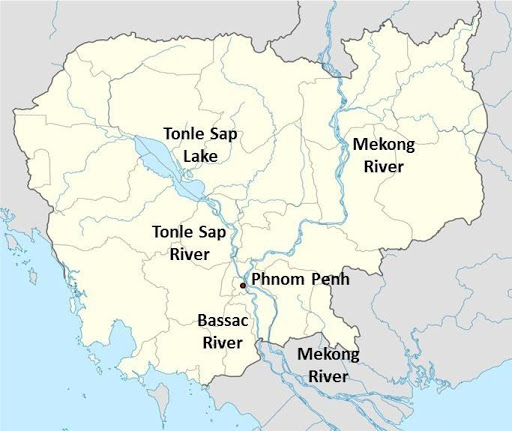 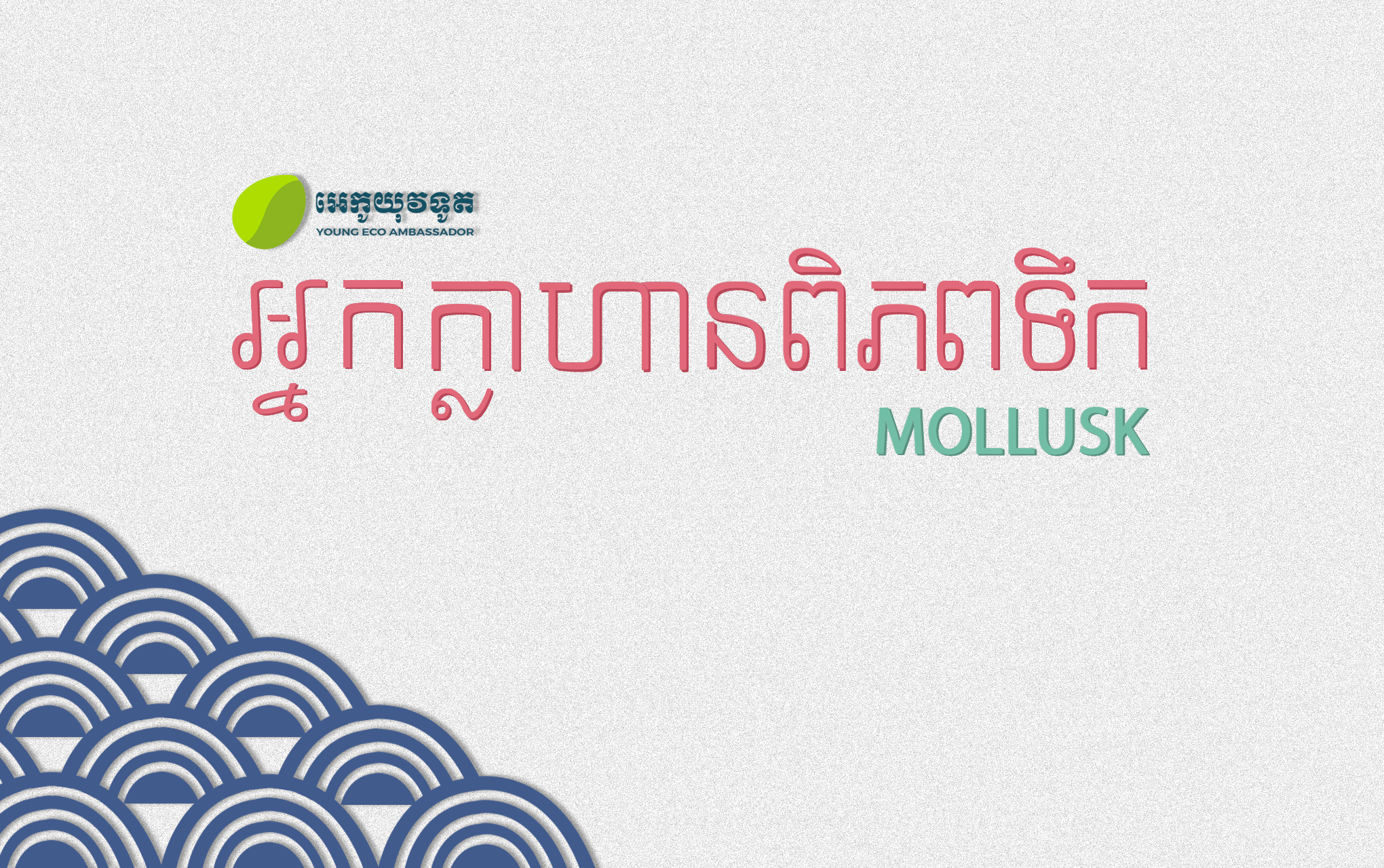 Life as a Dolphin Researcher