about the mighty mekong

The Mekong River rises in the glaciated Tibetan Plateau and flows through six countries (China, Myanmar, Laos, Thailand, Cambodia, and Vietnam) in Southeast Asia, and is the 12th longest river (4909 km) in the world and the 3rd longest in Asia. In terms of average discharge the Mekong is the 18th largest river in the world at 16,000 m3/s putting it just behind the Mississippi River. However, the Mekong River swells annually during the monsoon season to approximately 39,000 m3/s.

The Mekong Basin is roughly the size of the country of Chile, hosts over 398 languages, contains important cultural and archaeological sites, and is among the most biodiverse regions of the world. The Mekong River is typically split into an upper basin in China and a lower basin in Myanmar, Laos, Thailand, Cambodia, and Vietnam. In addition, there are six process zones describing the geomorphology of the river (ICEM, MRC SEA Report 2010). 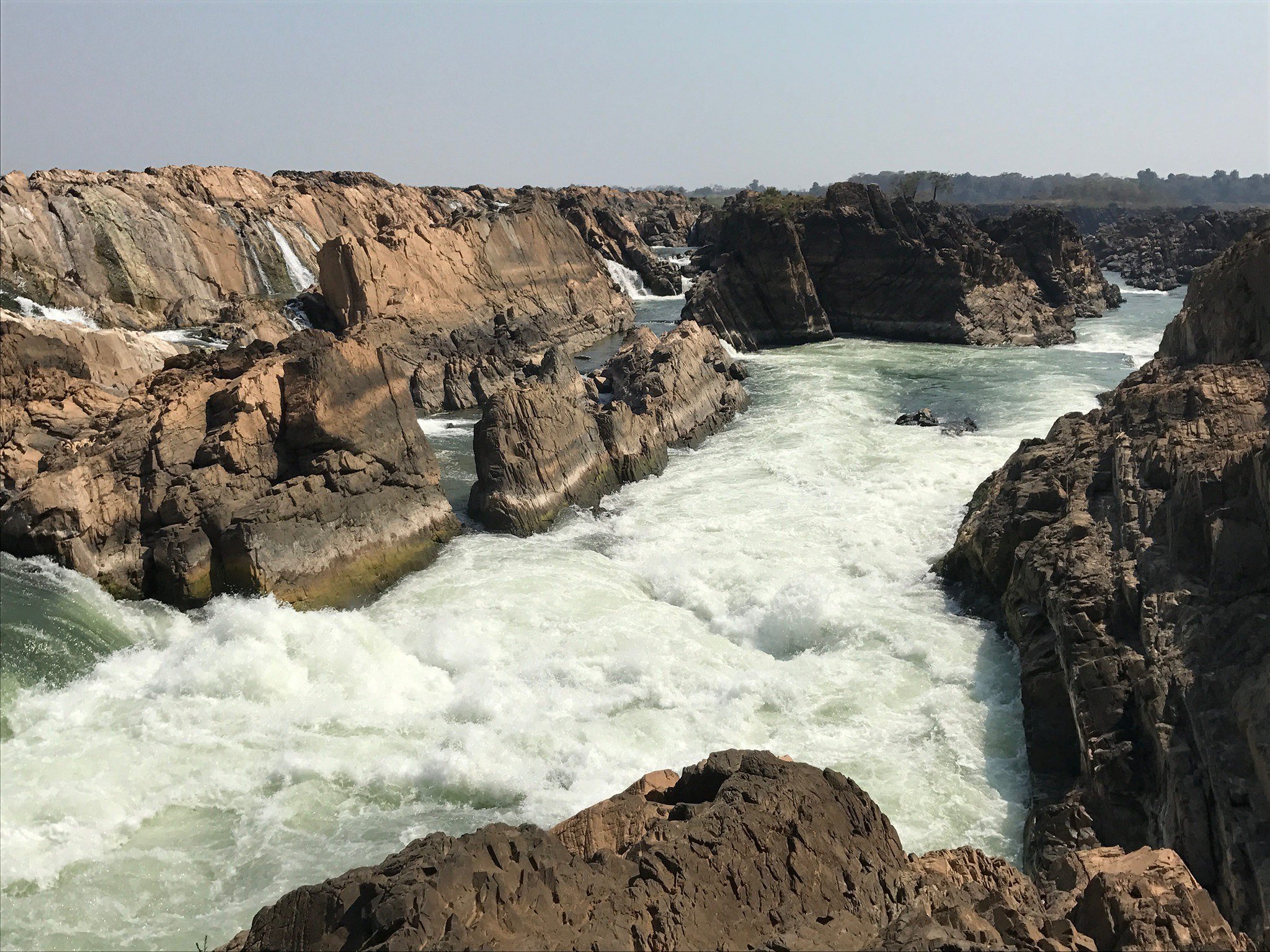 FISHERIES AND BIODIVERSITY: The Mekong River has 801 documented fish species – 3rd highest level of fish biodiversity in the world’s rivers after the Amazon River and the Congo River. The Tonle Sap has 197 recorded fish species so far 4th highest level of fish diversity in the world’s lakes after the East African Great Lakes. The Mekong’s fish resources make it the world’s largest inland fishery (UNEP 2010). The Mekong is home to several critically endangered species of fishes, birds, reptiles, and vultures. Almost as striking as its biodiversity is the Mekong region’s scenic beauty and cultural diversity. There are more than 300 million people from nearly 100 distinct ethnic groups living in the Greater Mekong area. 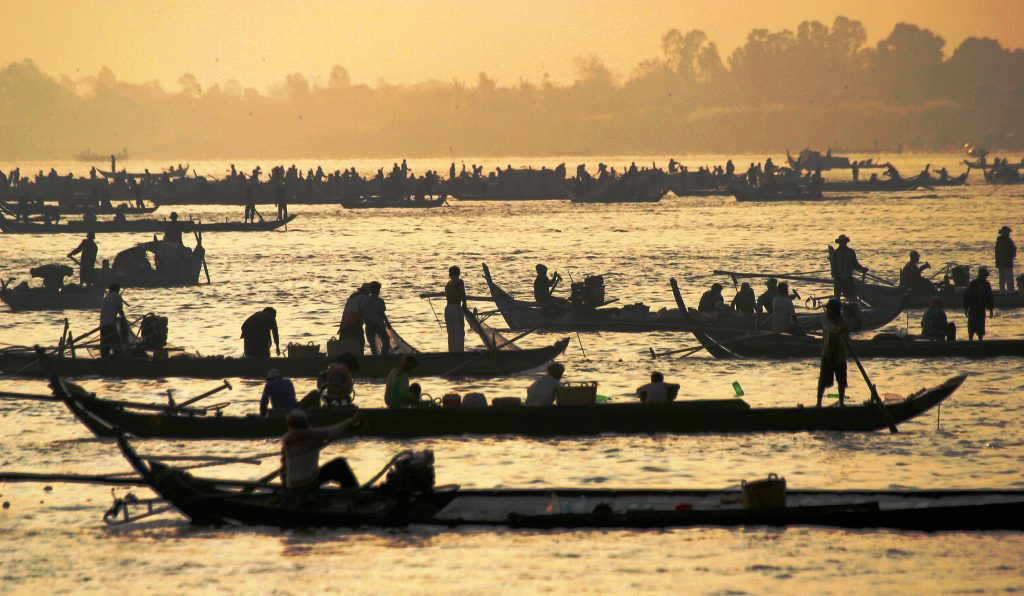 ECONOMIC AND PEOPLE: Human communities in the Mekong basin depend on the Mekong River for their livelihood. This dependency has created many floating villages in the banks of the Mekong River which is unique on its own. Communities depend mostly on freshwater fishes for the economy. Activities like fishing, sorting fishes in the dai fishery or making fermented fish (Prahok) bring the whole community together. 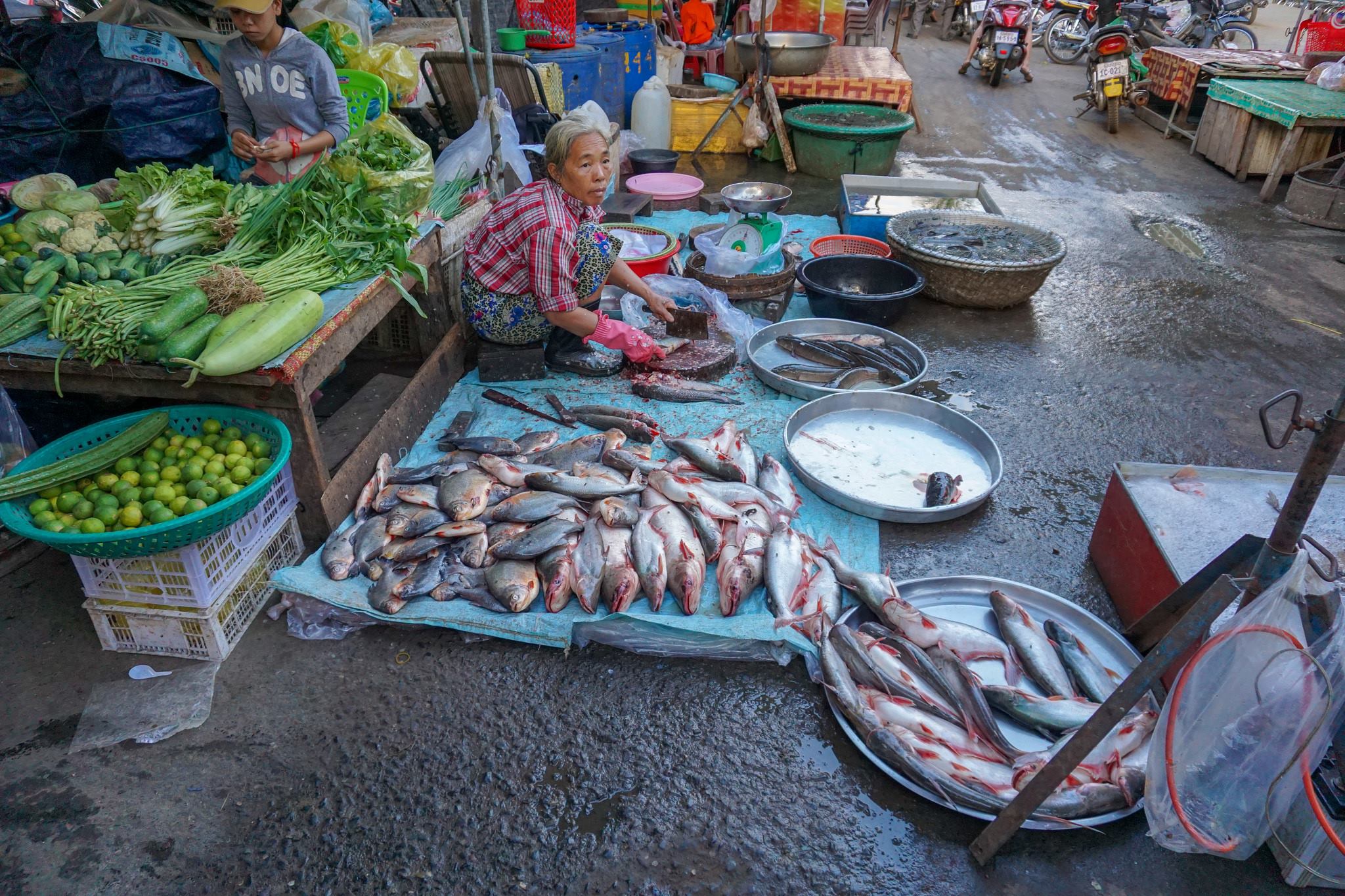 Challenges:
The Mekong River is now under threat. Immediate steps need to be taken to sustain lives depending on the river system. Mekong ecosystems are threatened by pollution, deforestation, dams and hydropower development, fire, pesticide use, water extraction for agriculture, urbanization, population growth, an increase of trash in rivers, logging, etc. 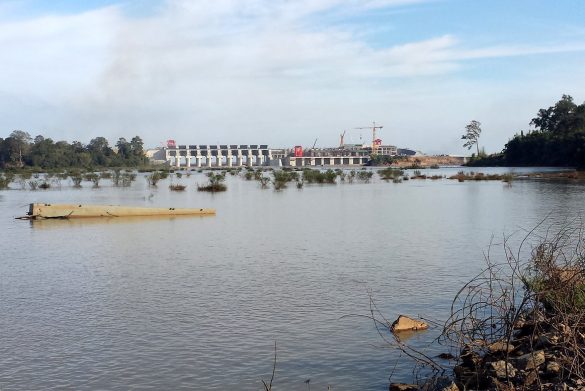 DAM: An increase in hydropower dams in the Mekong Basin has become a major global concern. There is an increasing demand for electric power to fuel economic growth, particularly in Cambodia and Laos. This “earth at night” image clearly shows differences in night-time illumination between countries in the Mekong region. The construction of hydropower dams is increasing at an alarming rate. Out of the total 440 dams shown in the map below, 81 are operational, 116 are planned and 37 are under construction. Data used for the dams are from WLE 2018. The environmental impacts of dam operations and the construction of new dams need to be sufficiently addressed. There are major concerns due to the increase in hydropower dams: river fragmentation, disruption in river flow, inundation, habitat loss for many species, sediment & nutrient retention in dam reservoirs. 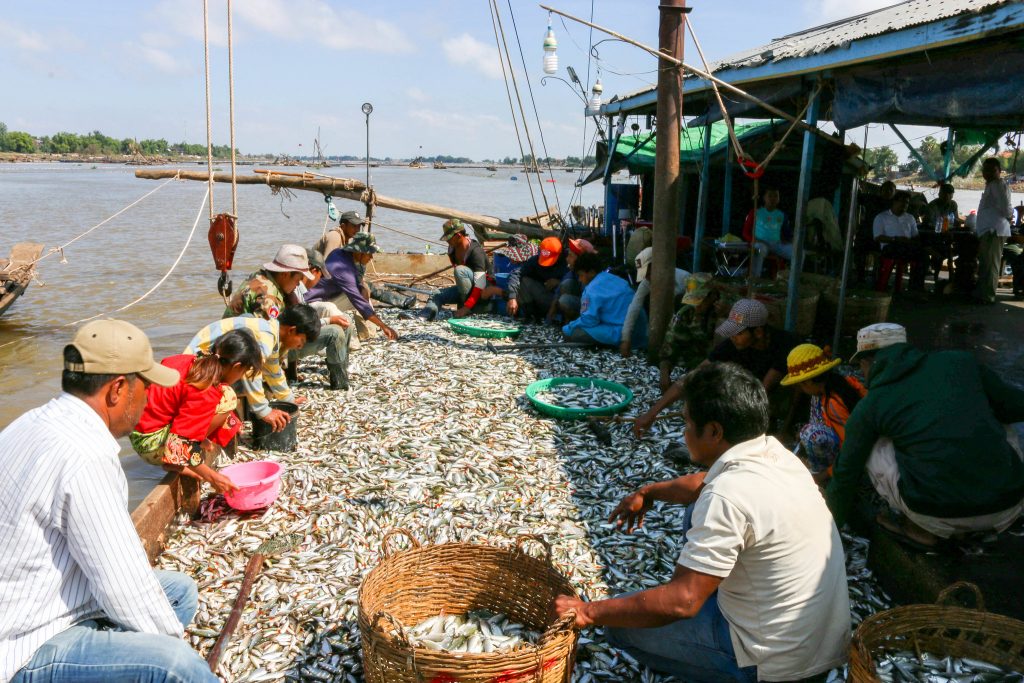 FISH: Globally, freshwater fisheries are valued at US$217.5 billion and harvest is growing. However, the reliance on freshwater fish as a primary protein source is particularly high in developing nations and those nations with underweight populations. The graph and picture below show how Cambodia is the country in the world that is most dependent on freshwater fish. Landlocked countries, such as Cambodia and Laos, have few alternatives since they do not have access to marine fisheries. Poor Asian and African nations are particularly vulnerable to collapses in fish stocks. (Mclntyre et al., 2016; FAO 2016). Freshwater fish face threats from human activity, such as overfishing, marine pollution, habitat loss, dam building, and the introduction of invasive species.